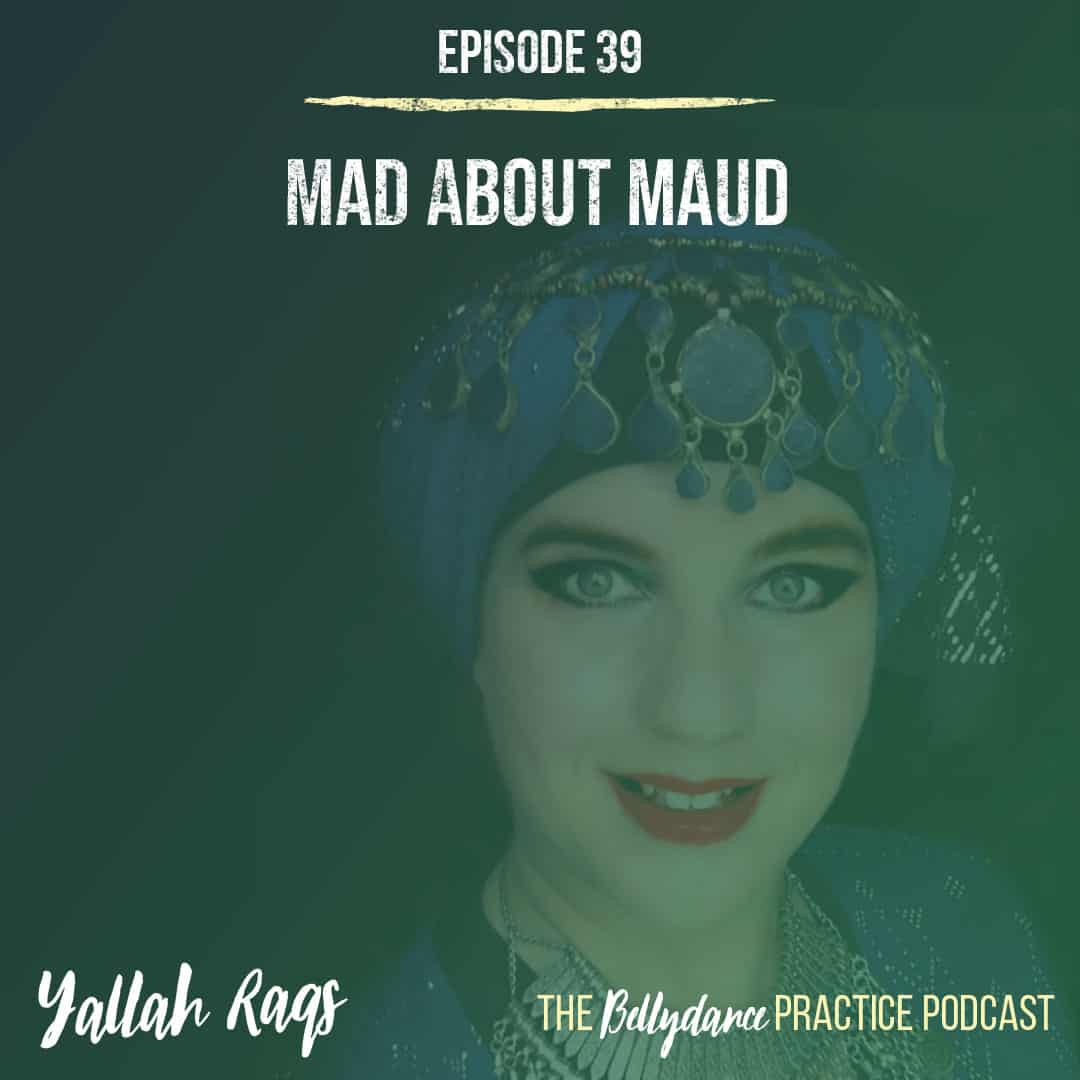 Episode Sponsored by The Bellydance Bundle

Read More about The 2020 Bundle

Practice doesn’t ALWAYS mean putting your butt on the dancefloor.

Sometimes the thing that will help your dance the most. The thing that your practice time is best served with is study.

And that’s part of what this year’s lecture bundle is about. All of these other elements that there are to this dance outside of the dance itself.

Today’s guest, Dawn Devine, will be giving a lecture as part of the lecture bundle this year called Mad about Maud: Salomania and the Birth of Bedlah.

If you’re unfamiliar with the story of Salome, here’s the relevant part to set the scene.

Salome supposedly lived in the first century of the common era and was the stepdaughter of Herod Antipas, the ruler appointed by Rome to a region in Palestine. In biblical literature she is remembered for her dance at the birthday celebration of her stepfather, who had John the Baptist beheaded at her request. She’s inspired a lot of art, literature and music over the centuries including a play by Oscar Wilde's simply called Salome in 1891. She has become a face of the archetypal femme fatal through the retellings of stories featuring her.

Now with that information, let’s dive into what Salomania was and how Maud Allen played a part not only in that, but in the creation and inspiration for some the costuming you see even today.

Dawn isn't part of our #21days of bellydance challenge persay, but she does have a task for you if you're into it!

If you've been wanting to improve the consistency of your practice, then join us for the #21daysofbellydance on Instagram and have some fun with our contributors to the 2020 Bellydance Bundle.

Back to Top
Ends in: